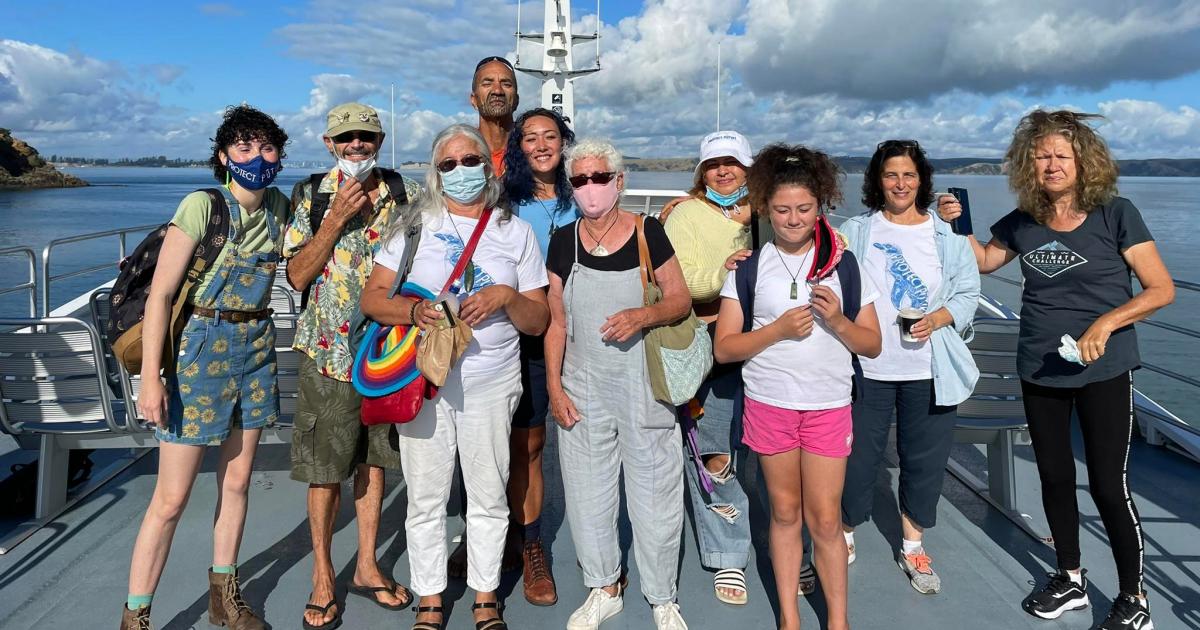 OurActionStation is our digital campaigning platform that puts power in the hands of folks across Aotearoa who share our community’s vision of a fairer, flourishing future. If you have an idea to make your community, or the world, a better place, OurActionStation can help you make it a reality.

In 2021, folks all across the country did exactly that. Together, we have built power, shared solidarity across kaupapa, and helped shape the future of our country.

🗳️ A win for democracy 🗳️

Over 2021, we supported communities in the Manawatū and Horizons regions to mobilise their communities behind Māori wards.

After years of people-powered campaigning, the government passed a new law that strengthens Māori representation on local councils by upholding the establishment of Māori Wards, and removing the unfair ability to force petitions that block them.

The legislation is retrospective, allowing councils who already voted for a Māori ward in the last few months to go forward without referenda. Other councils around Aotearoa have until May to introduce a Māori ward in time for the council elections in 2022.

Our councils will have better Māori representation, make better decisions with better outcomes, and have stronger connections to local hapū. This is the result of years of advocacy work and campaigning from so many. It’s a huge win for diversity around the council table.

ActionStation community member and youth development worker Aaron Hendry works with young people experiencing homelessness. He knows what that support needs to look like. Safe and stable accommodation, services in the community that focus on strengths and have the flexibility to meet the needs of each rangatahi, and trusted youth workers who understand what’s going on in a young person’s life.

But certain politicians were trying to push forward a law - The Oranga Tamariki (Youth Justice Demerit Points) Amendment Bill - that would introduce a demerit point system, punishing young people through the justice system. Children’s Commissioner Judge Andrew Becroft said the law “would’ve set the youth justice system back at least 30 years”, criminalising more children and young people. Aaron took a stand; he broke the issue down for supporters in an opinion piece, launched a petition with four solutions to support rangatahi, and organised the people who signed the petition to make submissions to the select committee, showing them that New Zealanders want a more compassionate and restorative justice system.

After hearing from Aaron and many others, the select committee decided not to accept this punishment-first approach. While the law change was voted down, it has also highlighted the many gaps in support available to young people.

🎉 A win for disabled whānau 🎉

Dr Huhana Hickey led an OurActionStation petition calling for an independent regulatory body, for disabled people by disabled people. Along with the petition, Dr Hickey also helped lead a hīkoi to parliament. At the end of October, we celebrated the Government’s announcement of a new Ministry for Disabled People.

No matter who we are or where we live, we should all have every opportunity to participate fully in our communities and determine our own lives. But for too long, multiple barriers - such as inaccessible housing, ableism in workplaces, and a lack of public funding for enabling equipment - have made it hard for many of our whānau to go about their lives. This new Ministry could see these barriers torn down. But with problems already arising in the way the Ministry is being set up, it looks like there will be more campaigning and solidarity needed.

🙌 A victory for migrant workers 🙌

For many people in Aotearoa, the border closures made it difficult to dream of the future, or plan our lives with some security. Some of the hardest affected are people living and working here on visas, but without access to the same support as citizens.

Besides this, people living in Aotearoa long-term have faced high barriers to getting permanent residency. Anu and her team at Migrant Workers Association urged the Government to create a new pathway to residency for anyone currently on an essential skill or graduate job search. They also called for normally resident New Zealanders stuck overseas to return to Aotearoa. Over 17,000 of us joined the call to be kind to migrant workers.

And they won! The Government announced a decision last Oct to offer a one-off, simplified pathway to residence to an estimated 165,000 people who presently call New Zealand home.

Anu says that, while disappointed there’s no plan for those stranded offshore, the announcement is a huge victory for the campaign and she’s happy for the many who can now dream and plan ahead again.

🏠 Foundations for housing in Wellington 🏠

Young people from A City for People, Generation Zero, and Renters United combined their powers to call on Wellington City Council to pass an ambitious Spatial Plan that sets the foundations for large numbers of quality homes to be built. They know that to ease the housing crisis, we need to build way more homes. And they won!

Globally-focussed advocates The New Zealand Alternative, used the OurActionStation platform to petition the New Zealand Government to support the proposal by South Africa and India to temporarily relax intellectual property patents on COVID-19 vaccines until the pandemic is over. After months of campaigning, we welcomed the news that New Zealand joined the vast majority of member states at the World Trade Organisation as supporters of a proposal that seeks to ramp up the production of vaccines and ease distribution in the Global South.

New Zealand followed hot on the heels of the USA, who also announced that they would support a patent waiver for the COVID vaccine. This was a “monumental moment” in the words of the WHO Director General as it unblocked WTO discussions which had been at a stalemate.

This would not have happened without grassroots pressure: in the USA, here in NZ, and everywhere around the world, people are making it impossible for governments to ignore the urgent need for a People's Vaccine.

🇦🇫 We built alliances for the people of Afghanistan 🇦🇫

We worked with Human Rights Lawyer Marianne Eliott to call on the New Zealand Government to do more to provide safe passage and resettlement to people needing to flee Afghanistan after the Taliban took power in August. We then helped build a supergroup of NGO’s working together to advocate for the people of Afghanistan.

The campaign to stop a marina from being built in the culturally and environmentally important Pūtiki Bay was the biggest petition on the OurActionStation platform in 2021. Despite being slammed by a number of court cases by the marina developer, the determination of Protect Pūtiki remains strong, and support for their kaupapa continues to grow.

At this time, we need all kinds of activists. Along with supporting community campaigners, we’ve also been supporting a growing number of groups to use the OurActionStation platform. This year, we’ve had campaigns on OurActionStation by Trade Aid and World Vision, First Union, Citizens Advice Bureau, Justice for Palestine, Tokona te Raki - Māori Futures, PPTA, Rare Disorders NZ, and Generation Zero, to name a few.

2021 was also the year we farewelled Eliot Pryor who had been supporting OurActionStation campaigns since January 2017, since the platform launched in 2016. We will miss Eliot dearly but have welcomed Ruby Powell, our Economic Fairness Campaigner, into the role.

The OurActionStation platform has no outside funding and relies entirely on hundreds of small donations by people like yourself, the members of the ActionStation community.

Will you chip in to sustain OurActionStation so together we can continue to support and win people-powered campaigns for a fairer, flourishing future for Aotearoa?